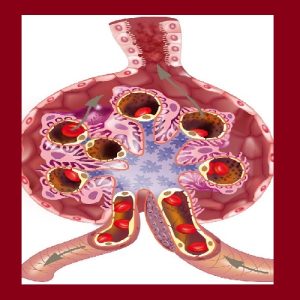 The Symptoms & Treatment of Proteinuria (Protein In The Urine).

When you go for a urinalysis test, and your result shows that you have proteinuria, it means that there is some amount of protein in your urine and it is not a good sign.

Healthy kidneys do not allow significant amount of serum protein to leak into the urine. They filter some fluids from the blood. If the kidneys are not working properly, proteinuria can occur, it shows that a certain amount of abnormal protein has leaked into the urine.

This type of proteinuria does not really indicate a kidney disease and therefore requires no treatment as normalcy will return when the causative factor is eliminated.

2. Orthostatic protenuria: This occurs mainly in tall, thin people in their teens. it can also be found in adults less than 30 or 35 years of age. This type of proteinuria occurs when the person is in an upright position. And it poses no danger. The kidneys are usually healthy.

3. Other types of proteinuria are caused by disease conditions. The two most common factors for proteinuria diabetes and high blood pressure (hypertension). Both can cause kidney damage and which will eventually lead to proteinuria.

Proteinuria in most cases has no particular symptoms but can only be detected during urinalysis test or blood test. However if protein loss is severe, edema can occur in the face, arms, legs, abdomen.

It is left for the doctor to determine the extent of the proteinuria, whether to send the patient to further tests or not.

Since Proteinuria is not a specific disease, its treatment is dependent on the causative factor. If the cause is kidney disease, then appropriate treatment for kidney disease should be used.

If it is diabetes or hypertension, treatment for these ailments should be absorbed to avoid kidney damage.Any causative factor of that proteinuria is should be tackled. Therefore it is the doctor’s work to find the what is causing the proteinuria and treat accordingly.